Tell Congress, “No Ban On Refugees!”
Donald Trump’s executive order suspends the refugee program for 120 days, it also cuts in half the number of all refugees allowed into the country for 2017! Burmese refugees to the US were the third largest entree in 2016 (12,347).

A majority of refugees from Burma are from Christian ethnic communities such as the Kachin and Karen peoples fleeing war however it is likely that Rohingya will also be affected by this measure as the policy aim is  to exclude Muslims.

A prominent Burmese lawyer who worked on human rights cases related to Myanmar’s Muslims was murdered at Yangon Airport on Sunday. U Ko Ni was standing in the airport while holding his grandson when he was shot twice by a 53-year-old assailant. A taxi driver was also shot dead while pursuing the gunman – who was later arrested – while another seven people are reported injured. Ko Ni, a rare public voice in favour of the country’s Muslim population, was a Muslim legal advisor to the governing party of Burma, the National League for Democracy.   See the full article here >> 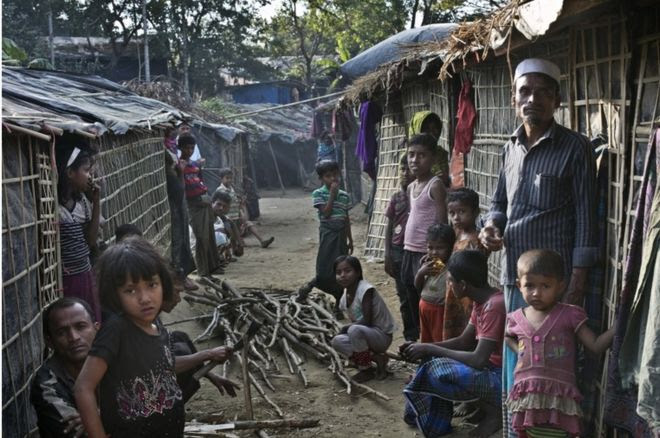 The Bangladesh government is moving to relocate tens of thousands of Rohingya Muslim refugees to a vulnerable island in the Bay of Bengal. A government directive said they would be transferred to Thengar Char before being repatriated to Myanmar. Rights groups have raised strong objections to the plan, saying it amounts to a forced relocation. Thengar Char is engulfed by several feet of water at high tide, and has no roads or flood defences.  See the full article here >>

PLEASE CALL these selected senators. They need to hear from us all: